Fuel cell performance requires adherence to a variety of specifications, so test engineers must conduct a series of characterization, performance and durability tests. Fuel cells are characterized by determining their resistance. Fuel cell performance is usually indicated via polarization curves by measuring its voltage and current. A durability test is the test after a fuel cell stack reaches operating conditions, the stack is subjected to a continuous series of charge/discharge cycles to ensure that it will work safely and reliably in the field.

“In response to the demand for clean energy, the market for fuel cells is growing at a compound annual growth rate of 26.4% and is projected to reach $848 M by 2025. Uses for fuel cells include power generation for commercial vehicles such as buses and forklifts, backup power generation systems, and for military power sources. To ensure the design and manufacturing of quality fuel cells, EA Elektro-Automatik offers its EA-PSB 10000 2-quadrant power supplies and EA-ELR 10000 series electronic loads. Both the EA-PSB power supplies and the EA-ELR loads sink up to 30 kW and feed the energy back to the grid to enable testing of any size fuel cell stack,” said Markus Schyboll, CEO of EA Elektro-Automatik (EA).

Both the PSB power supplies and the ELR electronic loads have built-in function generators that include arbitrary waveform generation, which simplifies characterization, performance, and durability testing of fuel cells and the devices the fuel cells will power. Unlike other loads that need a separate AC instrument, the ELR load, with its built-in waveform generator, can perform the perturbation test to determine fuel cell resistance. In addition, both the PSB supplies and the ELR loads, with their built-in waveform generators, can subject the fuel cell-under-test to dynamic load variations for performance and durability testing. The PSB supply can add ripple and noise onto its output to determine how well a fuel-cell powered device can perform under a wide range of conditions. 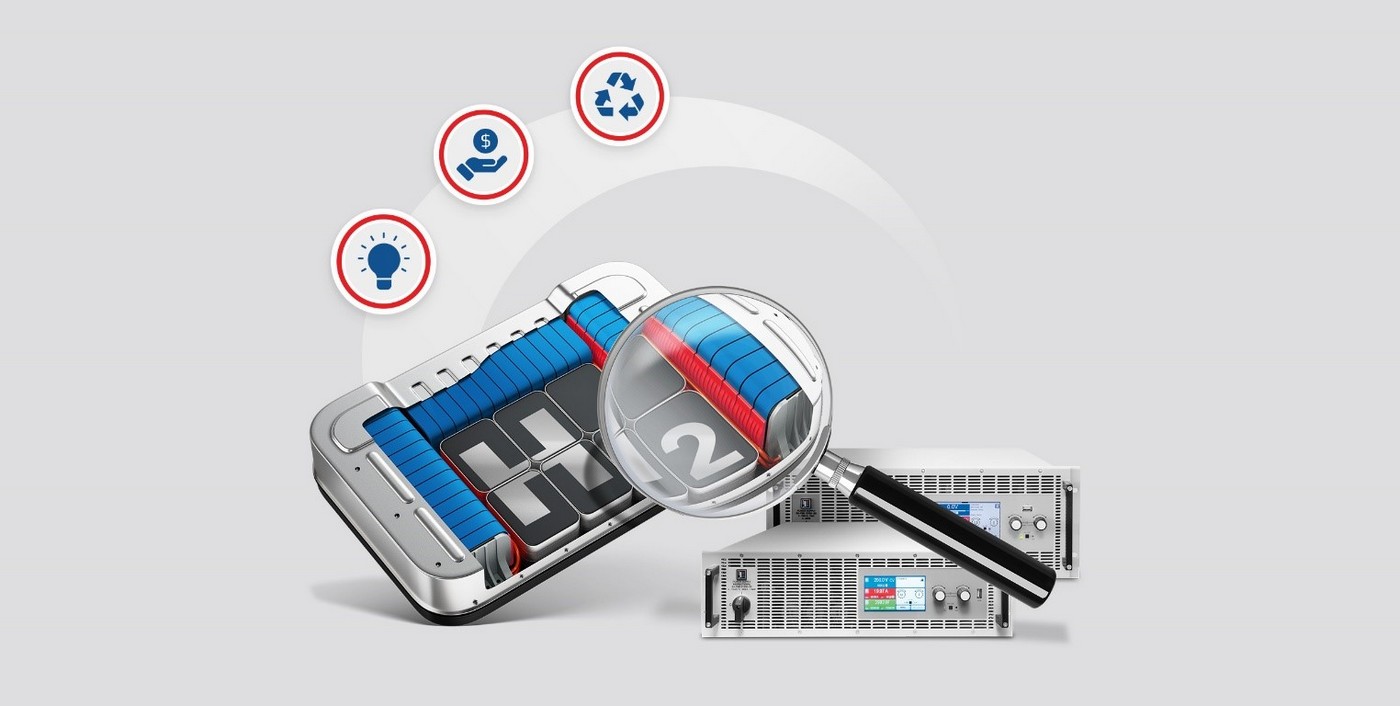 Both the PSB series supplies and the ELR loads offer true autoranging performance. The PSB supplies have a constant power characteristic output that allows for a wider range of voltage and current output with one instrument. The supplies can have ranges from 0 – 60 V or 0 – 2000 V. Current outputs can be up to 1000 A at 30 V with the 30 kW supply. Similarly, the ELR loads can sink up to 2000 V or 1000 A with the 30 kW load. Autoranging power supplies and loads enable users to obtain higher voltages and currents without having to oversize the supply or the load. Thus, one instrument provides a wider range of testing capacity and versatility for use in multiple test applications. The PSB supplies and ELR loads save test costs and test rack space compared with fixed range instruments.

The PSB series supplies and the ELR loads have USB and ethernet as standard interfaces. Furthermore, a number of optional interfaces allow control from a PC or a programmable controller. Some of the optional interfaces include RS-232, Profibus, CAN bus, and ModBus. With the CAN interface, the instruments can interface to an automotive control system.

The PSB series power supplies have the added value of being a 2-quadrant instrument. These supplies, therefore, can function as both a source and a load. As a load, both the PSB supplies and the ELR loads are regenerative loads and can return the absorbed power to the grid with more than 96% efficiency. That significantly reduces the cooling requirements on the instrument. Less cooling enables saving space with a smaller instrument for a given power capacity and saves on power consumption costs. Fan noise is also significantly reduced. With high power loads, such as kW loads, regenerative energy recovery offers substantial savings on utilities, smaller-sized instruments, and longer instrument life with less thermally stressed components.

The supplies and the load have a multi-colored touchscreen display that shows all programmed and measured values and only two control knobs. The user has a choice of various languages: English, Spanish, French, German, Chinese and Russian. The learning curve for operating the instrument is short as the user can work in the language in which he or she is most comfortable.